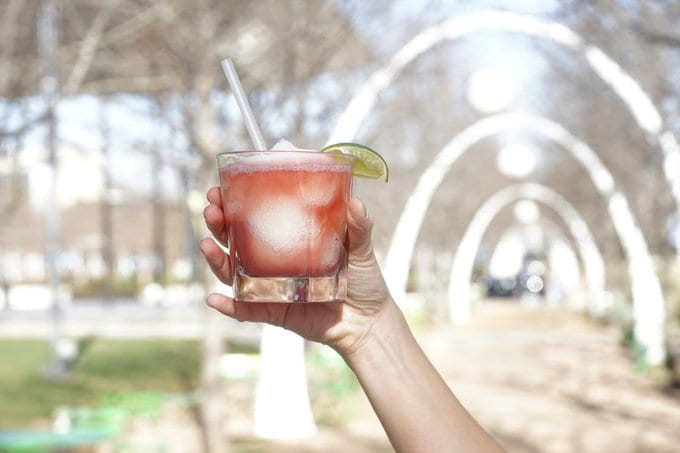 “Mi Cocina on the Park” will replace the restaurant Savor, which closed in August after operating for seven years

Klyde Warren Park announced Mi Cocina restaurant will soon begin serving its authentic Tex-Mex favorites and legendary frozen margaritas in the beloved green space, which offers more than 1,300 free programs and events annually. “Mi Cocina on the Park” will replace the restaurant Savor, which closed in August after operating for seven years.

“We’re thrilled to join two iconic Dallas brands, both sharing a real sense of pride and community,” said Kit Sawers, Klyde Warren Park President. “After receiving feedback from Park patrons via online surveys and Zoom focus groups, it became obvious that Mi Cocina was the overwhelming choice for this special place. Our neighbors will enjoy familiar, legendary dishes and cocktails, while visitors from around the globe can check the ‘Tex-Mex box’ and take in the Park’s stunning views.

“Klyde Warren Park is free to everyone,” said Sawers. “But free is expensive. From keeping up the lawns and Children’s Park, to hosting weekly programming, to operating and securing the Park for more than one million annual visitors, the Woodall Rodgers Park Foundation must raise funds annually to pay for these expenses. Successful restaurants are the economic engine that drive many parks around the world – including Central Park in New York and Millennium Park in Chicago.”

Mi Cocina, owned by M Crowd Restaurant Group, plans to create unique spaces including a renovated patio and dining area, a separate bar experience, and an outdoor walk-up service window providing picnic baskets for patrons to enjoy across the Park.

“We’re really excited about having ‘Mi Cocina on the Park’ serving great food and drinks to our visitors at affordable prices,” said Jody Grant, Chairman of the Woodall Rodgers Park Foundation. “The M Crowd team has a proven track record of success. We expect this to be an impactful and family-friendly pairing, with all Park guests ultimately reaping the benefit.”

A Dallas institution, Mi Cocina will mark its 30th anniversary in Dallas with the opening of “Mi Cocina on the Park,” simultaneously kicking off a year-long celebration of Klyde Warren Park’s 10th anniversary.

A special event commemorating the combined celebration is planned for this summer, with the restaurant expected to open for business in early fall.

“Mi Cocina has a rich history in Dallas, and we look forward to partnering with Klyde Warren Park and the surrounding area to showcase our city and all it has to offer,” said Edgar Guevara, President and CEO, M Crowd Restaurant Group. “For three decades, Mi Cocina has been welcoming all generations into our restaurants like family, and we know this opportunity will allow us to further invest in our community, supporting the Park, the arts and special events.”

In this article:dallas, featured, klyde warren park
Up Next: