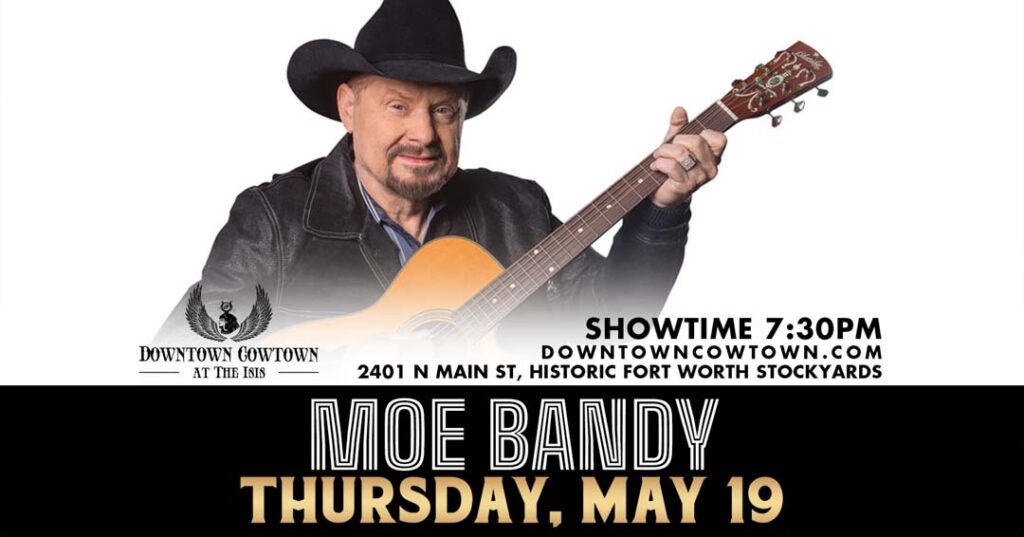 Moe Bandy coming to the ISIS

Moe Bandy coming to Downtown Cowtown At The ISIS – May 19th – Showtime 7:30 PM

Moe Bandy was one of the most popular country singers of the 1970s, turning out a series of hits in the latter half of the decade that made many fans and critics believe he was one of the great honky tonk singers. Bandy’s songs never strayed far from the traditional barroom fare — delivered with a knowing sense of humor, loving, cheating, drinking, and patriotic songs form the core of his repertoire. Throughout the late ’70s and early ’80s, the singer racked up hits. His audience declined somewhat a decade after his career took off, yet he has remained a popular favorite through his theater in Branson, MO.

In this article:Downtown Cowtown at the ISIS, featured, Fort Worth Music, Fort Worth Stockyards
Up Next:

The Judds: “The Final Tour” To Carry On As A Tribute This Fall