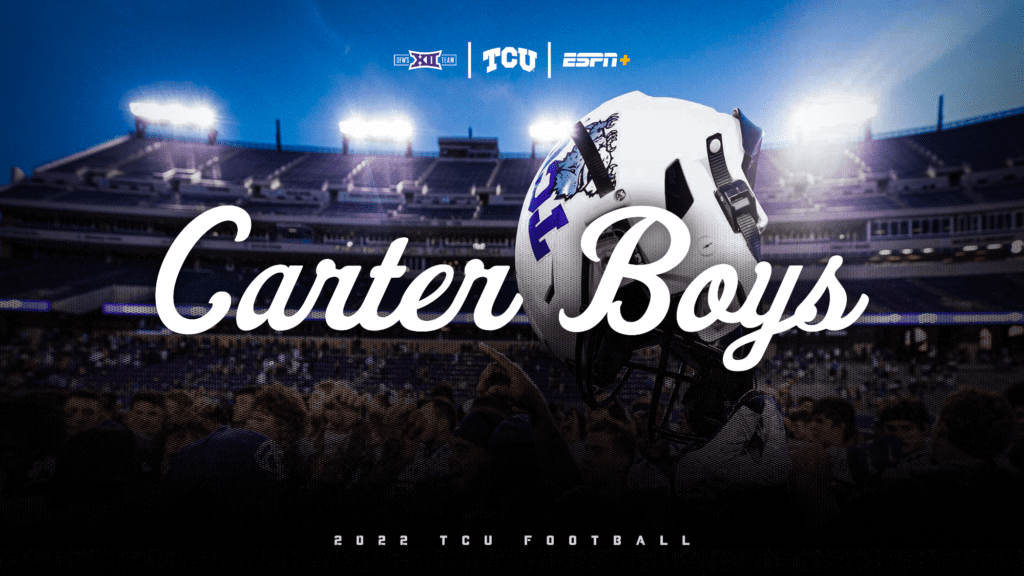 Carter Boys to Debut on ESPN+

For the first time ever, the TCU football program will be featured in an unprecedented weekly all-access show called Carter Boys on ESPN+.

Modeled after HBO’s Hard Knocks, Carter Boys will contain exclusive behind the scenes footage with the players, coaches and staff of DFW’s Big 12 team.

​​​​​​​The first episode will be on Thursday, Sept. 1, at 6 p.m., before the Horned Frogs open their season the next night at Colorado.

Subsequent episodes will air each Thursday at 6 p.m. during the season and spotlight premier content only available on Carter Boys.

In this article:college football, espn, featured, tcu
Up Next: