Downtown Cowtown at the Isis - Revived and Ready to Entertain
Advertisement

Murillo at the Kimbell

Check out The Dusty Biscuit

Take the Soul Train to Christmas 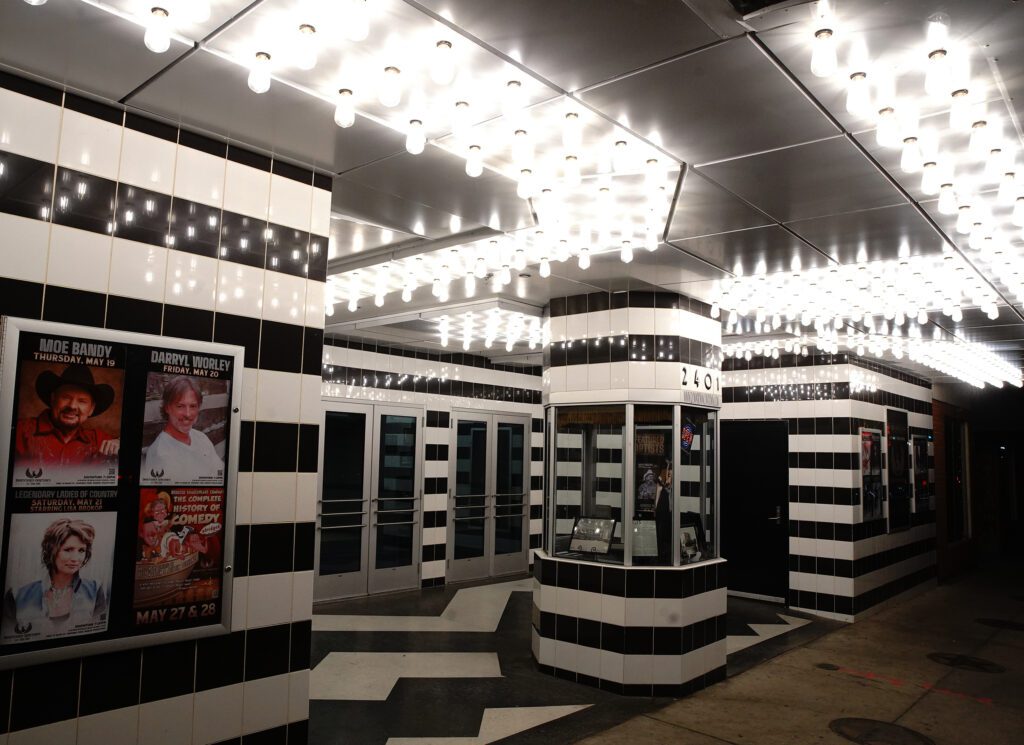 Downtown Cowtown at the Isis – Revived and Ready to Entertain

Downtown Cowtown at the Isis – Revived and Ready to Entertain

The Isis Theater has been a piece of Fort Worth history for over one hundred years.

The theater, located in the Fort Worth Stockyards, originally opened in May of 1914, but was destroyed by a fire in 1935. It reopened a year later as the New Isis Theater, but in 1942, the building flooded, needing extensive repairs once again – only to be closed for good in 1988.

Entrance to Downtown Cowtown at the Isis

For thirty years, the building sat unused in the Stockyards, until 2017, when two locals, Jeffrey Smith and his wife, Debbie Garrett-Smith, bought the theater, and took on the responsibility of bringing it back to life in an effort to enhance Fort Worth’s already booming arts scene.

The process took about five years, but in the summer of 2021, Downtown Cowtown at the Isis became a permanent resident of the Stockyards once again.

Greg TeGantvoort, a Fort Worth native, originally worked on the project as a volunteer, but started full-time as the Downtown Cowtown Director of Marketing last year.

“What we are trying to do is give locals a reason to visit the stockyards,” says TeGantvoort. “This is a great time for the stockyards; there’s a lot of rebirth happening right now.”

The theater is home to a 500-seat performance space, which is used to host intimate concerts and performances, plays, and, with the help of a retractable screen, movies.

The exterior of the building is almost identical to the rebuild in 1936, but the inside has seen extensive restoration, including removing the balcony to include a private area for the green room and dressing rooms.

“Being able to have that piece of history, and actually see it in front of your eyes and know that this thing has seen a lot is really interesting to me,” says TeGantvoort. “There’s a lot of stories to be told.”

When they aren’t hosting live events or special movie screenings, Downtown Cowtown has over 40 classic movies in rotation. Showtimes are at 11:15am, 2pm, 5pm, and 8pm. Be the first to arrive, and pick your favorite movie from their selection. Admission price is the cost of a snack and a drink.

In addition to the theater, Downtown Cowtown also features a 1920’s-style cocktail lounge, which can be enjoyed by anyone, even without tickets to see a performance. The cocktail lounge serves local wine and spirits, as well as specialty cocktails created by the bartenders.

The theater’s staff loves to create specialty drinks for special events, recently offering the ‘Atomic Shirley Temple,’ which was served during a showing of the horror movie, ‘The Children.’

“We are a destination for live performance, and also music,” says TeGantvoort. “We will always have something for everybody, so keep an eye on the space as we evolve.”

The full  live performance calendar can be viewed here. Tickets are available to purchase through their website