Tickets On Sale Now for the 2023 Dallas Open
Advertisement 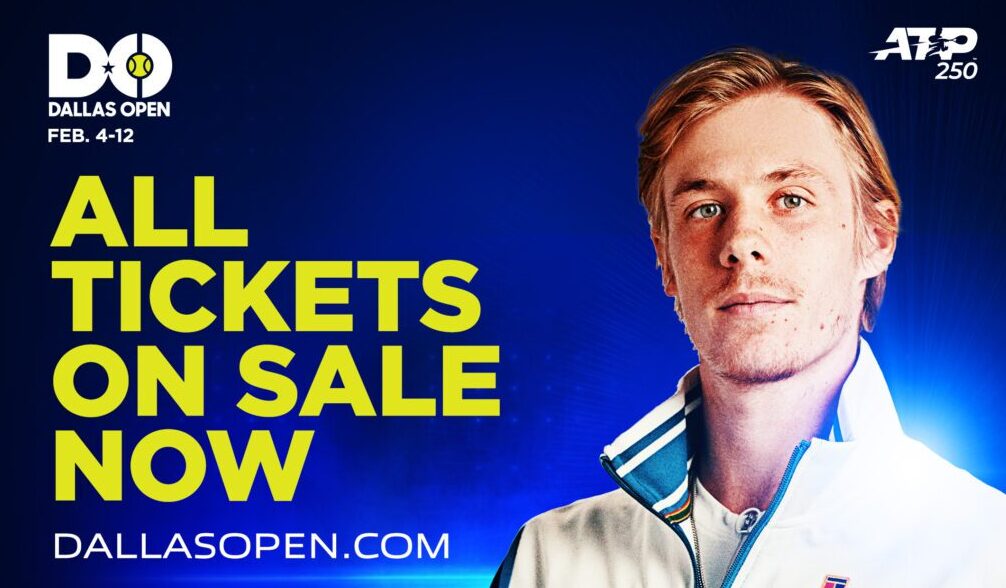 The Dallas Open announced today that individual session tickets are on sale now and available at DallasOpen.com. Fans are able to select matches on specific days, as the Dallas Open hosts two sessions per day – one in the afternoon and one at night (includes singles and doubles competition).

The 2023 Dallas Open is scheduled to be played February 4-12 at the Styslinger/Altec Tennis Complex at SMU.

Notable players who have committed to play in the 2023 Dallas Open include No. 9 ranked Taylor Fritz, No. 18 ranked Denis Shapovalov, No. 19 ranked Frances Tiafoe, No. 41 ranked John Isner, and defending champion & No. 38 ranked Reilly Opelka.

The inaugural Women’s Tennis Classic will kick off the Dallas Open, taking place on Saturday, February 4 at 7 p.m. CT. Tennis champion Venus Williams will play No. 14 ranked Danielle Collins. Williams and Collins will play a best-of-three singles match with a Tie-Break for the third.

In addition to individual session tickets, premium seating and weeklong tickets (which include the Women’s Tennis Classic) are also on sale now.

The 2022 Dallas Open last February marked the return of ATP Tour level tennis to Dallas for the first time in more than 30 years. The tournament featured over 60 world-class ATP Tour professionals and was televised worldwide to more than 100 countries.

The Dallas Open is an ATP Tour 250 men’s tournament that will play its second year in Dallas on February 4-12, 2023, at the Styslinger/Altec Tennis Complex at SMU.

It will be the only ATP Tour indoor championship in the United States, and features men’s top world tennis players in singles and doubles competition.

The tournament, previously held as the New York Open, is one of the longest-running American tournaments on the ATP Tour.

In this article:Dallas Open, featured, tennis
Up Next:

“An Evening with The Great Nowitzki” Set for Feb. 21 in Dallas