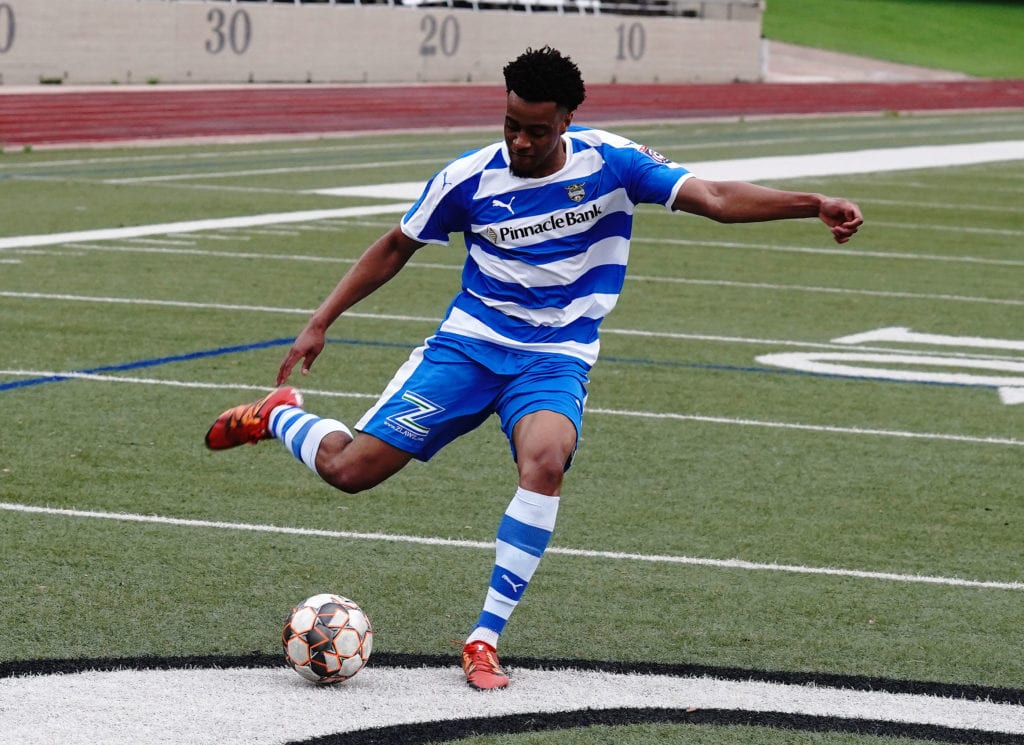 FORT WORTH – Some nights, the lid is closed on the goal.

It seemed like one of those nights for the Vaqueros as despite creating a slew of quality scoring chances, Laredo slipped out of Fort Worth with a 1-1 draw.

Fort Worth remains atop the Lone Star Conference despite the draw based on points per game average.

“Certainly, points in any game serves as a positive but we certainly leave tonight feeling like we left some points on the table,” Vaqueros general manager Tobias Xavier Lopez said. “Full credit to Laredo they hung in there and picked up the equalizer to get the road draw. We now have to move forward and get ready for another tough matchup on Saturday in Midland.”

Fort Worth pounded the Laredo goal throughout the match but despite the effort the match sat tied 0-0 at the half.

In the 51st minute, Vaqueros winger Jamie Lovegrove sent a Fort Worth throw-in clear into the Laredo penalty area. After a few pings in traffic, the Vaqueros picked up their lone tally on a Laredo own-goal.

Fort Worth pressed the action but could not add the crucial second goal.

In this article:
Up Next:

Vaqueros Fall On The Road To Midland, 1- 0