PBR World Finals Debut in Fort Worth May 13-22
Advertisement 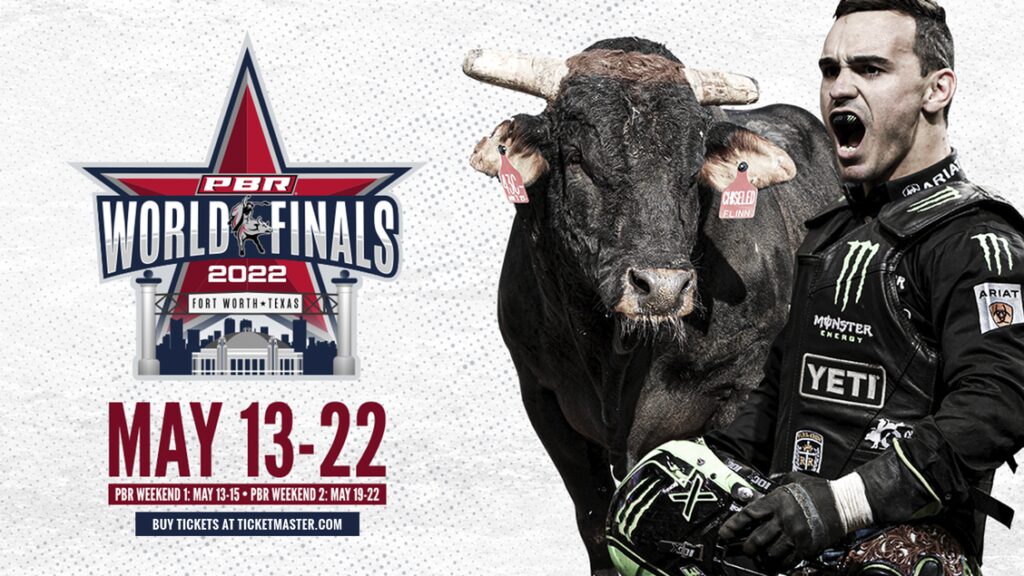 PBR World Finals Debut in Fort Worth May 13-22

For the first time in history, the PBR (Professional Bull Riders) World Finals will be held in Fort Worth, Texas, taking over the state-of-the-art Dickies Arena for two weekends of high-adrenaline, potentially historic, competition on May 13-15 and 19-22, 2022.

The seven-day, marathon event will not only crown a 2022 PBR World Champion and YETI PBR World Champion Bull, but also the PBR World Finals event winner, PBR Rookie of the Year, and more, paying out millions to the world’s best professional bull riders and bucking bulls.

Harkening back to a past format of the World Finals, reminiscent of when the year-end event was split between Mandalay Bay and Thomas & Mack Center in Las Vegas.

While the regular season is still underway, history is set to be made inside Dickies Arena this May. Among the potential record-setting contenders are:

– Joao Ricardo Vieira: Presently ranked No. 1 in the world, should Vieira conclude the season as the 2022 PBR World Champion, he would become the oldest rider ever to win the coveted gold buckle. Currently 37, Vieira would surpass Adriano Moraes who won his third title in 2006 at age 36. Thus far in 2022, Vieira has been laser focused on actualizing his goal of becoming a PBR World Champion. In addition to currently being ranked No. 1 in the world, 96.34 points ahead of No. 2 Daylon Swearingen, Vieira also leads the PBR in most Unleash The Beast event wins (3), round wins (5) and bulls ridden (20).

– Jose Vitor Leme: Chasing history of his own, should Leme once again be crowned the PBR World Champion in 2022, the stoic Brazilian would become the first rider in history to claim the honor in three consecutive seasons and just the third three-time PBR World Champion. Despite getting a delayed start to the season as he continued to recover from a nagging groin/abdominal injury initially sustained in 2021, Leme is currently No. 5 in the world standings, 317.5 points behind No. 1 Vieira. In addition to winning the premier series event in Little Rock, Arkansas, Leme also registered what remains the high-marked ride of the season, scored 94.75 points atop Ridin Solo en route to his 15/15 Bucking Battle win in Oklahoma City, Oklahoma in mid-February.

Space is limited, so applications are encouraged to be submitted by Monday, April 18. All media who submit their application by the deadline will receive an approval or denial email by Friday, April 22.

In this article:Dickies Arena, featured, pbr, rodeo
Up Next: